From Where I Sit 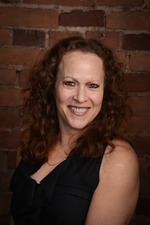 Some things should not be for sale: political office, state and national parks, and articles in newspapers and magazines, to name just a few.
Call me a purist, but as someone who has worked both as a marketing and public relations executive—where influence in the press can be bought—and as a journalist, where objectivity is the expectation—there is a clear and distinct difference between credible editorial and stories paid to appear in print, especially when they are not labeled as advertorials.
Increasingly, however, lines once thought of as uncrossable are trampled on—and over. And people don’t seem to care.
In his New York Times bestseller What Money Can’t Buy, Michael J. Sandel explores the idea: isn’t there something wrong with a world in which everything is for sale? If so, he reflects, how can we prevent this philosophy from reaching into spheres of life where it doesn’t belong? In short, what are the moral limits of what money can buy, and how can we protect things that should not be for sale?
The Empowering Our Region Through Mentoring and Leadership Conference, the brainchild of the Women’s Professional Partnership to be held in conjunction with Bucknell University, Oct. 23, 2014 at the Campus Theatre in Lewisburg, seeks to delve into a related sphere.
The conference isn’t so much about fixing a breech in moral ground, per se. Its aim is to reintroduce us to principles once valued and abundant—especially as these characteristics relate to us as individuals, businesses and Pennsylvania communities.
The goal of the conference is to develop regions in which professional people feel compelled to help one another, share and build strengths and empower each other. Building on the concept that no one has a monopoly on information, and everyone has skills to share, the idea is we all can help each other, and we’ll be more successful and fulfilled if we do.
Recently, I attended a meeting of a women’s networking group in Williamsport at a new restaurant with few parking spaces. At the nearly-empty strip mall parking lot next door, and on the side and front of the restaurant, were warning signs: if you park in the strip mall, you will be towed at your expense. In a new world order the strip mall manager would reach out to the restaurant and share unused parking slots—a show of support from a successful business to a fledgling one that just might help the new restaurant succeed.
Using a model created by members of the Women’s Professional Partnership, in which mentoring, leading, supporting and cheerleading are the norm, the Empowering Our Region Through Mentoring and Leadership Conference will encourage us, starting with keynote speaker Dan Rockwell, to become intentional about developing mentoring relationships with people of influence and experience and, in turn, for people with clout to reach down and assist those just starting out or facing roadblocks.
See more conference information, the schedule of events, participants and registration information at EmpoweringOurRegion.com. Or call (800) 232-1670. Register in advance and save! We hope to see you there! A big thank-you to our sponsors: Bucknell University, Evangelical Community Hospital, Susquehanna Bank, Elizabeth’s An American Bistro, Susquehanna Life magazine, Bucknell Small Business Development Center, Sunbury Broadcasting and WVIA Public Media.
Arts+Entertainment fall 2014 leadership