Life Around the River 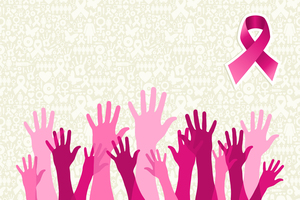 Signatures are featured on the site from women and men who have pledged to take charge of their lives and health by getting a mammogram and doing a self-check exam regularly. For people facing breast cancer, Amy’s advice is to “dig deep, even if you are afraid. You are much stronger than you know. Never give up hope. Anything in life is possible.”

More than October reminds us we all can do something to help others, and that one month isn’t enough to accomplish the goal of eradicating breast cancer. – Chelsea Ritter

A Salute to Veterans 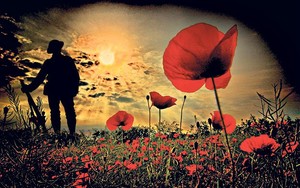 A new work commissioned by the Susquehanna Valley Chorale will debut on Sunday October 12 at the Weis Center for the Performing Arts in Lewisburg.

This piece, dubbed “Reaping the Whirlwind,” was written by guitarist and composer Jeffrey Van and is based on the writings of Walt Whitman and several other contemporary poets. Van is music professor at the University of Minnesota and has performed in Carnegie Hall, London’s Wigmore Hall and the Kennedy Center. The Chorale and chamber orchestra will take the stage with guest soloists Adriana Zabala, mezzo-soprano, and Daniel Teadt, baritone.

“[Whitman’s] poetry has to do with war, both the devastation of war and the outcome of war, which is hopefully celebratory in some ways, but war is never wonderful,” says Dr. William Payn, music director and conductor of the Susquehanna Valley Chorale, in explaining why the work was commissioned. Dr. Payn believes that many people will be touched and moved by Van’s work.

The Susquehanna Valley Chorale was founded in 1969 by a small group of musicians who wished to establish a choral society that would provide an opportunity for people in the
area to experience fine choral music—either as singers or patrons. Today, the SVC has over 100 members from a nine-county area. Under the direction of William Payn, the Chorale and its Orchestra present four different concerts each year. More information is at SVCmusic.org. 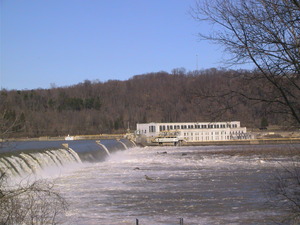 A report by the Energy Department and its Oak Ridge National Laboratory estimates over 2.4 gigawatts of potential new hydropower development across Pennsylvania’s rivers and streams.

Hydropower makes up seven percent of total U.S. electricity generation and continues to be the United States’ largest source of renewable electricity, avoiding over 200 million metric tons of carbon emissions each year. Hydropower also provides reliable baseload power day and night—providing greater flexibility and diversity to the electric grid and allowing utilities to integrate other renewable sources such as wind and solar power.

The New Stream-Reach Development Assessment capitalizes on recent advancements in geospatial datasets and represents the most detailed evaluation of U.S. hydropower potential at undeveloped streams and rivers to date. While the greatest hydropower potential was found in western U.S. states, Kansas, Missouri, Pennsylvania and Wyoming led the rest of the country in new stream-reach hydropower potential. 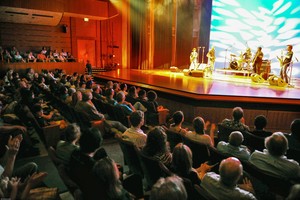 BestValueSchools has ranked The Weis Center for the Performing Arts at Bucknell University as third on its list of 25 Most Amazing University Performing Arts Centers. The schools were chosen based upon “their enduring commitment to arts education as well as their desire to provide exceptional arts programming to the public.”

The Weis Center has expanded its program over the past three years from 15 to about 33 performances that include world music, modern dance, jazz, blues, bluegrass, Americana/folk, classical, multimedia and a Family Discovery series. “While we will always offer classical performances, our patrons have told us they also really enjoy blues, world music, Americana and roots music, indie and alternative rock, and kids programs, so we are responding to that feedback,” explained Lisa Z. Leighton, marketing and outreach director for the Weis Center.

In addition, the Weis Center has increased the number of free performances and provided more interaction with performers by hosting pre-performance talks, master classes, community workshops, flash concerts and meet-and-greets before or after the performances.

“Our primary goals are to continue to bring excellence to the stage with every performance that we host, and to offer genuine engagement between the artists and our community. We choose artists who will entertain and provide a memorable experience, but who will also educate, inform and challenge our patrons. We want to create an environment where artists can do their very best work while at the Weis Center, and where our audience members are open and receptive to it.”